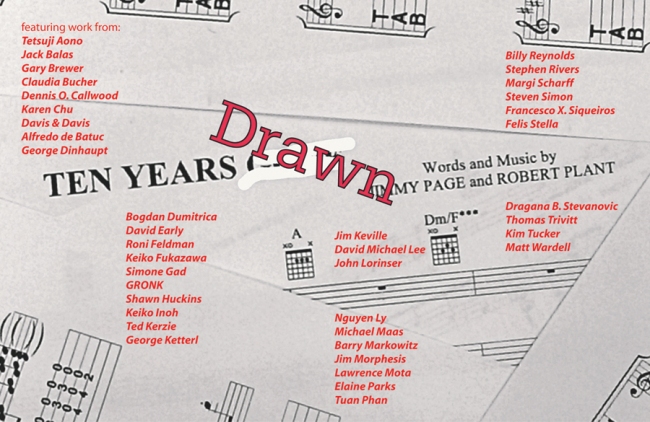 L2kontemporary stages its 10 year  anniversary with a big thank you to all those who have supported the gallery  over the last ten years with a celebratory exhibition titled Ten  Years Drawn, curated by artist Edward Lightner.

The underlying principle and concept  of this exhibition is to ask a very simple, yet aesthetically basic  question:  what constitutes a  drawing?  The gallery asked this  question of a number of artists with whom we have worked with over the last ten  years, as well as some who we will be collaborating with in the near future, and  also to some who we just really admire.   We asked for a response from each as to their definition of a  drawing.